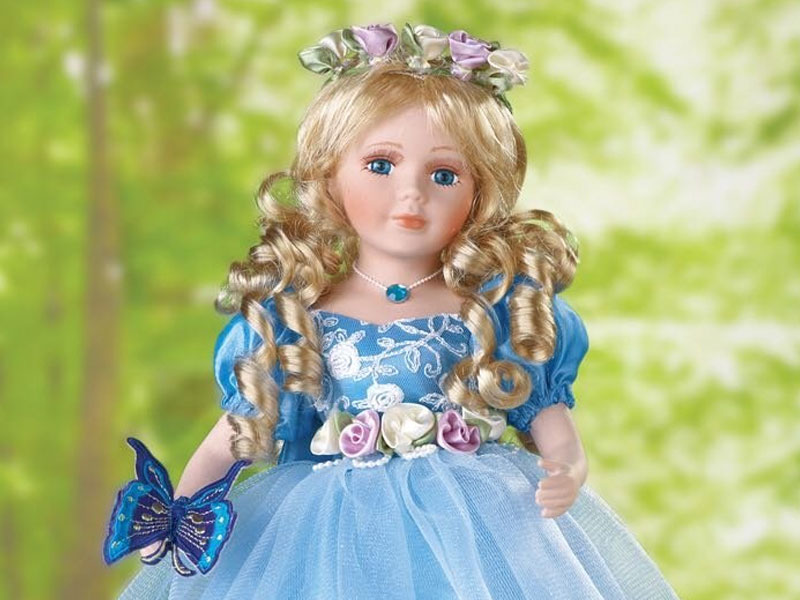 The fine porcelain dolls are dolls that have their heads, legs and arms made of porcelain. This is a special kind of clay that is known for its strength, beauty and workability. These porcelain dolls (also known as china dolls) came into popularity during the 19th century in Europe. Today there are still some doll makers specializing in the traditional china dolls.

The Chinese first developed the clay that is used in fine porcelain dolls. For years they were the only ones that knew of it. It was not until the 1700s that the Europeans got into using porcelain for dolls and other things. The dolls were only basic and plain back then at least in Britain. The Dutch and the Germans perfected the dolls during the 1820s and they became quite popular.

Other materials started being used to make dolls during the 20th century such as plastic. There are still those people though who like to collect both old and new porcelain dolls. These are normally patterned after females even though you can find ones patterned after males too.

The fine porcelain dolls normally have skin that is pale in color and has other features too. They have blush on the cheeks, red lip color, a nose and eyes just to mention some of them. The dolls can have wigs, painted-on hair or molded hair. Often times these dolls can be posed because of their bodies being soft in the middle. These dolls come in a variety of designs. Some of the dolls are done in the matte finish, which are called bisque while others are in a glossier finish which is considered china.

Today you can find collecting guides that tell you about the value of the antique dolls. This helps set a market value in case the collector wants to insure or sell the dolls. If a person is going to invest a lot in these dolls they need to know the book value of them. Of course if a collector is looking for a particular doll he might be willing to pay more than the book price to have it.

People are still collecting fine porcelain dolls to enjoy. They are still made by various companies. A person can find them from delicately done ladies to cuddly-looking baby dolls. Some of the babies are so life-like it is truly amazing. These dolls have been collected for years and collections of them have been passed down through the generations in a family. They are definitely to be admired.

Nicole Roberts
I have an estate collection of more than 500 exquisite fine porcelain dolls; they were left to me by my loving grandma. Some are very rare, others are one of a kind and all are in pristine condition. It is my intention to put these wonderful dolls in the hands of people who would appreciate their uniqueness and beauty.

Do NOT follow this link or you will be banned from the site!
0shares

You can find out more about which cookies we are using or switch them off in settings.

This website uses cookies so that we can provide you with the best user experience possible. Cookie information is stored in your browser and performs functions such as recognising you when you return to our website and helping our team to understand which sections of the website you find most interesting and useful.

Strictly Necessary Cookie should be enabled at all times so that we can save your preferences for cookie settings.

If you disable this cookie, we will not be able to save your preferences. This means that every time you visit this website you will need to enable or disable cookies again.